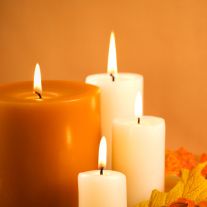 William L. “Bill” Sanders age 80, of Shoals, passed away September 22, 2019 at the Good Samaritan Society Northwood Retirement Community in Jasper. He was born February 2, 1939 in Shoals to James and Mary Rose (Johnson) Sanders. He married Carolyn Frye on September 1, 1957 at the Loogootee Christian Church. He was formally employed at Bakers Feed Mill, the National Gypsum and owned and operated Sanders Oil Company. “Bill” enjoyed fishing and setting on the front porch watching the “young dogs” run. He was of the Christian faith. He is survived by his wife, Carolyn, one son, Richard L. “Rick” (Angela) Sanders of Shoals; a granddaughter, Amanda Kaye Laiq of Shoals; two great grandsons, Eli and Abram Laiq of Shoals; one brother, Kenneth (Dee) Sanders of Shoals, one sister, Brenda (Beryl) Dickens of Shoals; and his nieces and nephews. Preceding him in death are his parents and two brothers, Jerry D. Sanders and James Sanders. Funeral services are 11:00 a.m. Friday at the Queen-Lee Chapel in Shoals. Burial will be in the Spring Hill Cemetery. Visitation is 4:00 -8:00 p.m. Thursday at the funeral home. The Queen-Lee Chapel of the Thorne-George Family Funeral Homes is in charge of the arrangements.
To order memorial trees or send flowers to the family in memory of William L. Sanders, please visit our flower store.