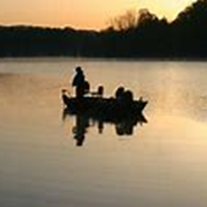 William “Burrell” Jones age 94, formally of Shoals, passed away at the Loogootee Nursing Center on June 21, 2018 at 3:00 a.m. He was born February 29, 1924 in Martin County to Edward and Margaret (Hart) Jones. He attended Martin County Schools and was employed by the Rail Road. He loved to mine creeks for field stones and was an avid outdoorsman. He attended a non-denominational fellowship. Survivors include one daughter, Naomi Fenley of Mitchell; three sons, William “Bill” Jones of Mitchell, John Paul Jones of Shoals, Dale Jones of Shoals; sisters, Reva Jo Szabo of Ft. Wayne, Mary Bridges of Mitchell, Edda Lou Smith of Mitchell, Carol Baker of Trinity Springs, Rosalie Bateman of Shoals, Janet Jones of Paoli; Brothers, Brad Jones of Whiteland, Claude Jones of Paoli, Edward Jones of Washington and Luther Jones of Paoli. Several grandchildren, great-grandchildren, nieces and nephews also survive. He is preceded in death by his parents, four sisters, Sharon Stewart, Naomi Jones, Ruth Tow and Jean Byers; two brothers Jake Jones and George Jones. Funeral services will be held at 1:00pm Monday, June 25, 2018 at the Queen-Lee Chapel in Shoals with burial in the Spring Hill Cemetery. Visitation will be Monday from 11:00am until time of the service. The Queen-Lee Chapel of the Thorne-George Family Funeral Homes is in charge of the arrangements.
To order memorial trees or send flowers to the family in memory of William Burrell Jones, please visit our flower store.