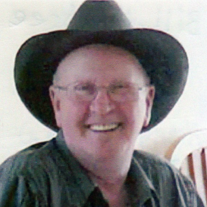 William D. Hembree, age 82 of Loogootee, passed away at the Martin County Health and Rehab Center in Loogootee. He was born on November 11, 1934 to Willis and Mary (Hembree) Hembree in Martin County. He retired from U. S. Gypsum in Shoals after 24 years of service. He attended school in Rutherford Township and was of the Christian faith. Mr. Hembree was a veteran of the United States Air Force. He is survived by one son, Cpt. Martin Hembree of Cordova, Maryland, step daughter, Deana Chambers of Loogootee, two brothers, Donald Hembree of Loogootee, and Charles Hembree of Plano, Texas. Five sisters, Alice Robbins of Shoals, Mildred Hill of Jasper, Diane Mathias of Jasper, Mary Walton of Loogootee and Norma Kay Breeding of Dubois. He is also survived by four grandchildren, two step children and several nieces and nephews. He is preceded in death by his parents, two sisters, Sharon Fraese of Mooresville, IN and Shirley Lineback and step-son, Mark LaMono. A graveside memorial service with military rites by the Loogootee American Legion, will be held on Friday January 6th, 2017 at 1:00pm in the Goodwill Cemetery in Loogootee, with Rev. John Simmons officiating.
To order memorial trees or send flowers to the family in memory of WILLIAM D HEMBREE, please visit our flower store.