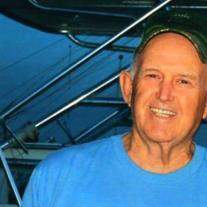 William H. “Bill” Hawkins, 71, of Shoals, passed away unexpectedly on Wednesday, June 17, 2015 at 7:09 p.m. at the Daviess Community Hospital. Born on April 4, 1944 in Sandborn, Indiana he was the son of William H. and Bonnie (Osborne) Hawkins. Bill married Deborah A. (Harker) Hawkins on September 24, 1976 at St. John’s Lutheran Church in Loogootee. He graduated from Shoals High School in 1962 and received a B.S. in marketing/management from the University of Evansville, and retired in April of this year from N.W.S.C. as an engineering/equipment operator. He was a veteran of the United States Army serving during the Vietnam War. Bill attended St. John’s Lutheran Church in Loogootee. He was an avid outdoorsman and especially enjoyed hunting, fishing and operating a bulldozer. He is survived by his wife, Deborah Hawkins of Shoals 3 daughters, Kristie Hawkins of Washington Melissa and her husband Ronald Louthain of Indianapolis Kimberly and her husband Cody Bauer of Shoals Two grandchildren, Brinley and Bentley Bauer, who were the light of his life. Sisters, Sondra Emery of Bloomfield; Joni Blaker of Jasper; Toni Craney of Loogootee; brothers, Richard Hawkins of Shoals; Phillip Hawkins of Loogootee; Timothy Hawkins of Montgomery; and Brian Hawkins of Shoals. Preceded in death by his parents, and a sister Kristy Ann Hawkins in infancy. Visitation will be on Saturday, June 20, 2015 from 11:00 a.m. until the hour of service at 2:00 p.m. at the Queen-Lee Funeral Home in Shoals. Burial will follow in Spring Hill Cemetery. American Legion Post #61 will accord military graveside rites. Condolences may be made on-line to the family at www.queenlee.com
To order memorial trees or send flowers to the family in memory of William H. "Bill" Hawkins, please visit our flower store.