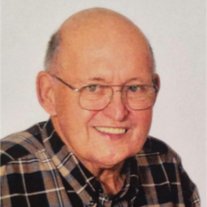 Warren Dale Keller age 72, of Washington, passed away Wednesday at the IU Methodist Hospital in Indianapolis. He was born June 7, 1946 in Daviess County to William and Fern (Davis) Keller. He married Donna Gilfedder on September 5, 1981 in Washington and she survives. He graduated Shoals High School and Indiana Barber College in Indianapolis. He owned and operated Warren’s Barbershop in Shoals, retiring in 2001, was previously a member of the Shoals Church of Christ, a member of the Washington Church of Christ, the NWTF (National Wild Turkey Federation) and the NRA. Surviving are his wife, two sons, Kurt (Sara) Kelso of Washington, Alex Keller of Indianapolis; three grandchildren Zoe Kelso, Kinsey Kelso and Cole Kelso, two brothers, Kenneth Keller of Bloomington and Spencer (Joan) Keller of Shoals; four nephews, Kris, Clint, Trevor and Ryan Keller. Funeral services will be 11:00AM Wednesday, October 3, 2018 at the Queen-Lee Chapel in Shoals. Burial will be in the Spring Hill Cemetery. Visitation will be 4:00 to 8:00 PM Tuesday. Memorial contributions may be made to: Donate Life Indiana 3760 Guion Rd. Indianapolis, Indiana 42222. The Queen-Lee Chapel of the Thorne-George Family Funeral Homes is in charge of the arrangements.
To order memorial trees or send flowers to the family in memory of Warren Dale Keller, please visit our flower store.