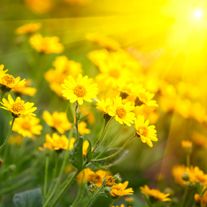 Wanda Jewell Ziegler age 74, of Shoals, passed at her residence in Shoals on August 9, 2021. She was born June 5, 1947, in Washington, Indiana to James R. and Anna (Ross) Hopkins and they preceded her in death. She was a graduate of Shoals High School, was previously employed as a housekeeper at the Loogootee Nursing, was a homemaker and attended the Shoals Nazarene Church in Shoals. Survivors include one daughter, April (Monroe) Terry of Shoals; and two grandsons, Dakota Hopkins and Ryan Terry, both of Shoals. She was also preceded in death by eight sisters and two brothers. A graveside service will be held at 10:00 a.m. Wednesday at the Spring Hill Cemetery. The Queen-Lee Chapel of Thorne-George Family Funeral Homes has been entrusted with the arrangements.
To order memorial trees or send flowers to the family in memory of Wanda Jewell Ziegler, please visit our flower store.