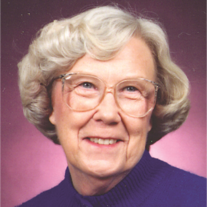 Wanda Lee Harding, 83, of Shoals, passed away on Monday, April 25, 2016 at her residence. Born on March 9, 1933 in Vincennes, Indiana she was the only child of Stanford and Lillie Mae (Tinkle) Stiles. She married Lester Leo Harding on April 17, 1954 in Shoals, Indiana and he preceded her in death on March 24, 1994. Wanda graduated with the Shoals High School Class of 1951. She was very active within her community, an example of a true public servant. She was an active member of Gamma Iota Chapter of Psi Iota Xi Sorority from 1959 to 2006, member of Daughters of American Revolution, Director of East Fork Water, Inc., Founding Director of the Martin County Community Foundation, Grand Marshall of the Shoals Catfish Festival in 1994,Chairperson of the Shoals Catfish Festival in 1995, Jug Rox Adult Booster Club member, served on the Shoals Public Library Board for many years, member of the Loogootee Women’s Club, Director of Martin County Council on Aging, and most importantly, lifetime pass holder to all activities at Shoals Community Schools. Wanda was a devout member of the St. Mary of The Immaculate Conception Catholic Church in Shoals. She is survived by her family, including, 2 daughters, Janice Kay, and husband, Jeffrey Ray Horney of Loogootee; Debra Mae Harding of Shoals; 1 son, Eric Lee, and wife Cynthia (Cundiff) Harding of Lafayette, Daughter-In-Law, Patty (Walters) Harding of Shoals; grandchildren, Aaron Ashton and Sarah (Strange) Harding, Amoreena Briana (Harding) and Justin Pitts, Jesse Lee and Justin Ray Horney, and Morgan Leighann Harding; great-grandchildren, Vincent and Remy Harding and Tru Amore and Ashton Pitts. She is preceded in death by her parents, husband Leo, 2 sons, Ralph Stephen Harding and Michael Aaron Harding. Visitation will be from 4-8:00 p.m. on Thursday, April 28, 2016 at the Queen-Lee Funeral Home in Shoals. A Mass of Christian Burial will be celebrated by The Very Rev. J. Kenneth Walker on Friday, April 29, 2016 at 1:30 p.m. at St. Mary of The Immaculate Conception Catholic Church in Shoals. Preferred memorials are to the Shoals Public Library or to the Leo Harding Memorial Fund with the Martin County Community Foundation. This fund supports the Shoals Community Schools Harding Baseball Field. Envelopes will be made available at the funeral home. Condolences may be made on-line to the family at www.queenlee.com
To order memorial trees or send flowers to the family in memory of Wanda Lee Harding, please visit our flower store.