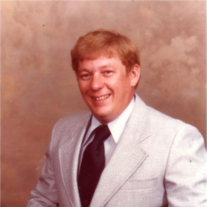 Stephen W. Hoffman, 65, of Shoals, passed away on Saturday morning February 27, 2016 at the Daviess Community Hospital in Washington. Born on July 29, 1950 in Daviess County, Indiana he was the son of the late Herbert J. and Marie Margaret (Swindt) Hoffman. He married Leafy L. Bixler on December 14, 1969 in Bedford, Indiana at the Calvary Lutheran Church. Mr. Hoffman graduated from Bedford High School and was employed by United States Gypsum and later National Gypsum. He also worked at Perfect Fit Industries in Loogootee. Stephen attended Calvary Lutheran Church in Bedford and St. John’s Lutheran Church in Loogootee. He is survived by his wife Leafy, of Shoals; 2 daughters Lenora Dianne, and husband David Craft II of Shoals; Donel A., and husband Terry Hovis of Columbus; 5 grandchildren, Stephanie Craft, Sara Craft, Dana Hovis, Abigail Hovis, and Dominic Hovis; 2 sisters, Wilma, and husband William Wampler; Mary, and husband David Fulford all of Bloomington. He is preceded in death by his parents, 2 brothers Donald and James Hoffman. Visitation will be from 11:00 a.m. until the hour of service at 2:00 p.m. on Wednesday, March 2, 2016 at the Queen-Lee Funeral Home in Shoals. Burial will follow in Spring Hill Cemetery. Condolences may be made on-line to the family at www.queenlee.com
To order memorial trees or send flowers to the family in memory of Stephen W Hoffman, please visit our flower store.