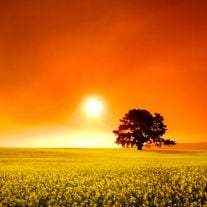 Sarah Terry age 70, of Shoals, passed away at her residence on Saturday. She was born November 28, 1948 in Whitesburg, Kentucky to Tandy and Susie (Lucas) Craft. She married Charles A. Terry and he preceded her in death. She was formally employed at West Boggs Park. She is survived by one son, Roger Terry of Shoals; three grandchildren, Roger D., Tanner and Randy Terry of Shoals; and one brother, Denver Craft of Shoals. Preceding her in death are her parents, her husband, six brothers, Earl, Ernie, Edward, Carlos, David, James; and six sisters, Edith Taylor, Louise Eperson, Bertha June Hembree and Shirley Johnson, Laura Alice Mullins and Polly Holt. Funeral services will be held 1:00 PM Thursday at the Queen-Lee Chapel in Shoals with burial in the Spring Hill Cemetery. Visitation will be 11:00 am Thursday until the hour of service. The Queen-Lee Chapel of the Thorne-George Family Funeral Homes is in charge of the arrangements.
To order memorial trees or send flowers to the family in memory of Sara F. Terry, please visit our flower store.