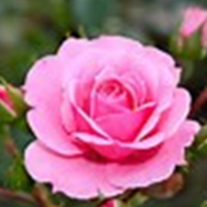 Ruth Ann Willyard age 75, of Loogootee, passed away at 3:04 PM on February 23, 2018 at the Mitchell Manor. She was born April 25, 1942 in Martin County to John and Pauline (Denny) Sanders. She married Donald Willyard on November 12, 1977 and he preceded her in death on May 16, 2017. She was a member of the Loogootee Christian Church and was a homemaker. She is survived by a son, George Payne and wife Darlene of Loogootee; daughter-in-law Lois Payne of Shoals; son-in-law Rick Stevens of French Lick; brothers, Jerry Sanders and wife Kay of Shoals and Terry Sanders of Virginia; seven grandchildren and ten great-grandchildren. She is preceded in death by her husband, parents, brothers John Sanders, Steve Sanders, Ronnie Sanders; twin brothers in infancy; son Charles Payne; step daughter Donna Stevens and great-grandson Rolen Wilson. Funeral services will be held at 11:00am Saturday, March 3, 2018 at the Queen-Lee Chapel of the Thorne-George Family Funeral Homes in Shoals with Pastor Ed Frost officiating. Burial will be in the Spring Hill Cemetery. Visitation will be 4-8PM Friday at the Funeral Home. The Queen-Lee Chapel of the Thorne-George Family Homes is in charge of the arrangements.
To order memorial trees or send flowers to the family in memory of Ruth Willyard, please visit our flower store.