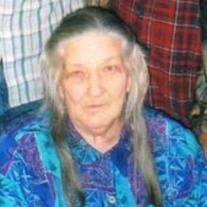 Ruth Inez Boyd, 96, of Shoals, passed away at the Daviess Community Hospital in Washington on June 14, 2015 at 10:40 p.m. Born on October 22, 1918 in Denver Colorado, she was the daughter of Valmore and Stella Nugent Hawkins. Ruth married John “Jack” Boyd in French Lick, Indiana on October 17, 1945 and he preceded her in death on October 3, 1999. Ruth was a homemaker and a member of the Shoals Baptist Church. She is survived by sons, Garnett Ray and Brenda Boyd of Shoals; Ronald Dale Boyd of Washington; Gerald Lee Boyd of Shoals; 10 grandchildren and 13 great-grandchildren; and numerous nieces and nephews. Ruth was preceded in death by her parents, husband, daughter Wilma Jean Wilcoxen and son Larry Wayne Boyd; brothers Lee Edward and Walter Kenneth Hawkins; and sister Lucille Pinnick. Visitation will be from 6:00 – 8:00 p.m. on Thursday, June 18, 2015 and a funeral service will be held at 11:00 a.m. on Friday, June 19, 2015 at the Queen-Lee Funeral Home in Shoals. Burial will be in Spring Hill Cemetery.
To order memorial trees or send flowers to the family in memory of Ruth Inez Boyd, please visit our flower store.