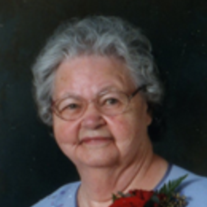 Roma S. Bateman, age 86, of Shoals, passed away on Wednesday, September 27, 2017 at 12:17pm at the Westview Manor Nursing and Rehabilitation Center in Bedford. She was born in Martin County, on February 20, 1931, to Edgar and Zetta (Stroud) Sipes. She married Rebert Bateman and he preceded her in death. She was a homemaker and was a member of the Shoals Church of the Nazarene. Survivors include a daughter, Susan Chastain and husband Mike, of Shoals; son, Bruce Bateman and wife Rachel, of Shoals; four granddaughters, Angie Stroud, Lori Lundy, Missy Buffington and Sara Chastain; seven great-grandchildren, Garrett Bateman, Gage Lundy, Lexi Stroud, Lily Stroud, Journey Chastain, Maddie Buffington and Kramer Buffington; four brothers, George Sipes, Joe Sipes and Elton Sipes all of Shoals and Rick Sipes of Missouri; and sister Mary Hungate of Bedford; and nieces and nephews. She is preceded in death by her husband, parents and four brothers, Dennis Sipes, Merle Sipes and two in infancy. Funeral services will be held Sunday, October 1, 2017 at 2:00pm at the Queen-Lee Chapel with Bro. Ken Walden officiating. Burial will follow in the Trinity Springs Cemetery. Visitation will be from 4:00pm-8:00pm Saturday at the funeral home.
To order memorial trees or send flowers to the family in memory of Roma S. Bateman, please visit our flower store.