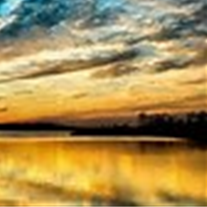 Roger E. Cornett age 69, of Avon, Indiana passed away February 10, 2018 at 12:14am in Bonita Springs, Florida. He was born August 12, 1948 in Middletown, Ohio to James H. and Stella Marie (Lane) Cornett. He married Pamela J. Heichelbech and she survives. He was the owner and operator of Roger’s Barber Shop in Avon, Indiana and was a member of the Avon American Legion #145 in Avon. He was a member of the NRA, an avid fisherman, enjoyed skeet shooting and was an off-road adventurer. He is survived by his father, James Cornett of Shoals; his wife, Pamela Heichelbech of Avon; a daughter, Crystal Adams and husband John of Brownsburg; a son, Casey Cornett and wife Lisa of Plainfield; grandchildren Braden Adams and Madison Adams; step grand-children, Tyler Tooley, Natascha Tooley and Kody Tooley; great-granddaughter, Addison Tooley; five sisters, Marilyn Tow of Indianapolis, Shirley Harding of Shoals, Becky Truelove of Seymour, Tennessee, Sally Burch of Shoals and Shari Flippins of Santa Clause, Indiana; and one brother Richard Cornett of Loogootee. He is preceded in death by his mother, two brothers; Jim Cornett and Randy Cornett; and sister Betty Lou Cornett. Funeral services will be held at 3:30pm, Sunday, February 18, 2018 at the Queen-Lee Chapel in Shoals, Indiana with Pastor Nathan Thomas officiating. Interment will be at a later date. Visitation will be from 11:30am until service time Sunday. A Celebration of Life will be held on Friday, March 9, 2018 at the American Legion Post #145 in Avon, Indiana. In lieu of flowers, donations may be made to support myeloma research at the IU Simon Cancer Center. Please make gifts payable to IU Foundation/Multiple Myeloma Research Fund. Please indicate “In honor of John Adams” on your gift. Mail to: IU Simon Cancer Center, PO Box 7072, Indianapolis, IN 46207. Envelopes will also be available at the Queen-Lee Chapel during visitation. The Queen-Lee Chapel of the Thorne-George Family Funeral Homes is in charge of the arrangements.
To order memorial trees or send flowers to the family in memory of Roger E. Cornett, please visit our flower store.