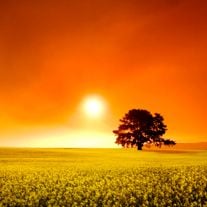 Roger D. Allbright, age 87, of Shoals, passed away at 11:40 p.m. on Wednesday, October 24, 2018, at the Loogootee Healthcare and Rehabilation Center. He was a former valued employee of the Town of Shoals for over a quarter of a century. His funeral service will be held at 2:00 p.m. on Sunday, October 28th, at the Queen-Lee Chapel of the Thorne-George Family Funeral Homes, in Shoals, with Pastor Mark Hamaker officiating. Music was provided by August Bauer. Serving as pallbearers were Tim Cornwell, Jim Jeffers, Dale Gallian, Brett Faust, Bill Bauer, and Stephen A. Deckard. Burial was made in the Spring Hill Cemetery. Roger, the last of his immediate family, was born on December 10, 1930, to the late Harlan and Sophia (Boyd) Allbright. He married Mildred (Walton) Allbright on December 30, 1950, and she preceded him in death on March 15, 2007. Among the survivors are two sons, Dale Allbright, and wife Ruth Ann, of Shoals; Ronald Allbright and wife Shelley, of French Lick; and one daughter, Angela Sanders, and husband Rick, of Shoals; two grandchildren, Barrett Allbright and Amanda Laiq, three great-grandchildren, David Allbright, Eli Laiq, and Abram Laiq. One great-grandson, Daniel Allbright, is deceased. He is also survived by several nieces and nephews, and caregiver Joyanne Deckard. Roger was also preceded in death by two sisters, Claribel Boyd, and Violet Bauer, and four brothers, Francis, Henry, Eugene, and Raymond, who died in childhood. He was of the Christian faith. He graduated from Shoals High School in 1949, where he was an avid Jug Rox fan, and recently attended his class reunion. He enjoyed fishing, playing cards, and basketball. Roger was honored by the community in 2002 when he and co-worker Roger Abel were named the Grand Marshals of the 17th annual Shoals Catfish Festival Parade. Prior to his Senior year at S.H.S., he worked in the Summer for the State Highway Department, and after graduation, went back to the State Highway job mowing the right-of-way, over the embankments, with a scythe. At the time, the State Highway used a team of horses to mow the flat areas until tractors started to be utilized by the state in about 1950. During the Winter of 1950, he worked at the Sherfick Factory, in Shoals, and then went back to the state job until politics changed and he was out of a job. He then worked at the Loogootee Brickyards running a crusher until 1955 when he began employment, also running a crusher, at United States Gypsum here. He didn’t like the swing shift, so he returned to the Brickyards until they closed in December of 1966. The following week, he was offered a job with the Town digging a grave by hand. The Spring Hill Cemetery grave digging was all done by hand until 1968 when Shoals acquired their first backhoe when natural gas arrived in Shoals. The “two Rogers” as they were known, Roger Abel and Roger Allbright, were a hard working pair who always served the citizens of the community. They took excellent care of the water system, the sewer system, street work, and mowed many locations of town property, including both the Ball Park and the Spring Hill Cemetery, and were also firemen. Upon their retirement, the “two Rogers” had dug the graves for well over 1,000 area burials. Roger Allbright retired from the Town of Shoals in May of 1992, a few months earlier than planned, due to hip problems, but for many months and years after retirement, drove the “route” to see if there were any water leaks and if all the equipment pumps were working properly.
To order memorial trees or send flowers to the family in memory of Roger D. Allbright, please visit our flower store.