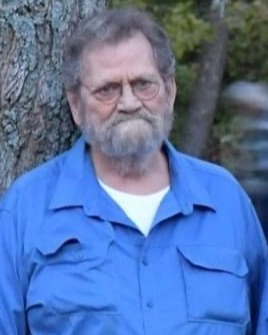 Rodney Eugene Sipes, 70, of Shoals, passed away October 15, 2022, after a brief illness, at IU Health Ball Memorial Hospital in Muncie. Born November 14, 1951, in Cale, IN, he was the son of Cecil and Evelyn (Sanders) Sipes.  He married Anna Stroud on June 11, 1971, at the Methodist Church in Indian Springs.

Rodney graduated from Shoals High School with the class of 1969. He worked as a laborer at RCA for 29 years and also at Auto Zone, Bedford, where he retired in 2012. He enjoyed gardening and spending time with his family. Rodney served in the United States Army during the Vietnam era.

Funeral service will be at 1:00 P.M. on Wednesday, October 19, 2022, at the Queen-Lee Chapel of George Funeral Care, Shoals, with Rev. David Mitchell officiating. Burial will follow in the Mt. Olive Cemetery.

Visitation will be from 10 A.M. until the service hour on Wednesday at the Queen-Lee Chapel in Shoals.

Memorial contributions may be made to Lawrence County Cancer Patient Services.

To order memorial trees or send flowers to the family in memory of Rodney Eugene Sipes, please visit our flower store.