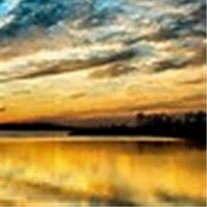 Robert E. “Bob” Green age 79 of Shoals, formally of Kokomo, passed from this life into the arms of Jesus at 7:30am on March 19, 2018 at his residence. He was born on September 4, 1938 in Kokomo to James Winifred and Marie (Shackelford) Green. He married Wilma E. McAninch on January 18, 1958 in Kokomo at the Evangelical United Brethren Church. He attended Kokomo Schools, retired from Kokomo Springs with 27 ½ years of service as a grinder, was a former member of the Indian Heights Community Church in Kokomo, and attended Weisbach Community Church in Shoals. He and his wife Wilma traveled for 20 years, cooking in church camps across the United States. Survivors include his wife, Wilma Green of Shoals; one daughter, Ellen (Gregory) Hampton of Shoals; two sons, Robert W. Green of Loogootee, James (Tressa) Green of Peru; six grandchildren, Michelle (Daniel) Franklin, Jon (Melissa) Hampton, Michael Hampton, Ce’Nedra (Matthew) Butcher, Alaric Green and Garrett Green; ten great-grandchildren; one brother, Donald Green of Kokomo and several nieces and nephews. He is preceded in death by two brothers, two sisters, his parents and a step-father, Marcus Deardorff. Funeral services will be held on Saturday, March 24, 2018 at 2:00pm at the Queen-Lee Chapel in Shoals with Pastor John Zeigler officiating. Burial will be in the Spring Hill Cemetery. Visitation will be Friday from 4-8pm and Saturday from 8:00am until time of services.
To order memorial trees or send flowers to the family in memory of Robert E. Green, please visit our flower store.