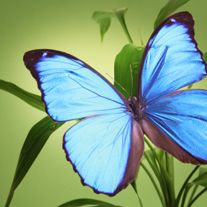 Rebecca L. Jones age 66, of Loogootee, passed away Thursday, August 29, 2019 at her residence. She was born January 17, 1953 in Indianapolis to Raymond Lee and Delilah “Dee” (Rusher) Jackson. She was a 1971 graduate of Shoals High School, was employed by National Gypsum for 35 years and attended the Dover Hill United Methodist Church. She enjoyed traveling and camping. She is survived by two sons, Terry Campbell and Joseph Campbell of Loogootee; two grandsons and two granddaughters; one sister, Glenda Dickens of Trinity Springs; and one brother, Mike Jewell of Trinity Springs. Several nieces and nephews also survive. She is preceded in death by her father, Raymond; her mother, Delilah “Dee” Jewell and one sister, Diane Uppencamp. Funeral services are 1:00 PM Tuesday, September 3, 2019 at the Queen-Lee Chapel in Shoals with burial in the Mt. Union Cemetery. Visitation will be 11:00 AM until 1:00 PM Tuesday at the funeral home. Services are under the direction of the Queen-Lee Chapel of the Thorne-George Family Funeral Home.
To order memorial trees or send flowers to the family in memory of Rebecca L Jones, please visit our flower store.