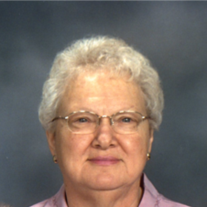 Mary Jane Tow, 76, of Shoals, passed away on Saturday, February 20, 2016 at the IU Health Bedford Medical Center. She was currently residing at the Garden Villa in Bedford. Born on January 13, 1940 she was the daughter of the late Ardella Bledsoe. Her husband, Merton Tow Jr preceded her in death on April 19, 2014. Mary Jane graduated from Shoals High School, and was a member of the West Shoals Church of Christ. She worked many years for the Shoals Alco Dime Store, and she also employed by Tredway’s Grocery in Shoals, Traveler Radio in Orleans, and Perfect Fit in Loogootee. She is survived by one daughter, Kristy, and husband, Paul Gee of Shoals; two sons, Tim Tow of Shoals; Sheldon Tow of Bedford, Indiana; granddaughter, Shelby Venters of Shoals; and grandson, Devin Venters of DeLand, Florida. Visitation will be from 4:00 to 8:00 p.m. on Tuesday, February 23, 2016 at the Queen-Lee Funeral Home in Shoals. The funeral service will be at 11:00 a.m. on Wednesday, February 24, 2016 at the funeral home. Burial will follow in the Spring Hill Cemetery. Condolences may be made to the family at www.queenlee.com
To order memorial trees or send flowers to the family in memory of Mary Jane Tow, please visit our flower store.