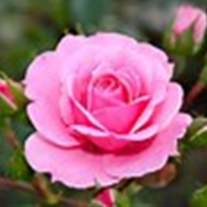 Mary Lou Jones, age 83, formally of Shoals, passed away Thursday, August 17, 2017, at 12:19am at the Paoli Health and Living Community. She was born on February 14, 1934 in Martin County, Indiana to Sherman and Pearl (Gardener) Lundy. She married James Paul Jones in 1951 and he preceded her in death in 2008. She attended Shoals High School and was a member of the Shoals Church of the Nazarene. Survivors include, a daughter, Marsha (James) Blackburn; four grandsons, Daniel (Billi) Craft, David Craft, Jimmy Jones and Jason Jones. Preceding her in death is a sister, Dorothy Moffitt; and brothers, Jimmy Lundy, Robert Lundy, Paul Lundy and an infant brother. Funeral services will be at 1:00pm Monday, August 21, 2017 at the Queen-Lee Chapel in Shoals with burial in the Hickory Ridge Cemetery. Visitation will be on Monday from 11:00am until the time of service. Queen-Lee Chapel of the Thorne-George Family Funeral Homes is in charge of the arrangements.
To order memorial trees or send flowers to the family in memory of Mary Lou Jones, please visit our flower store.