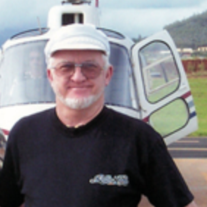 Martin Richard Meyer age 87, formally of Shoals, passed away at the Timbers of Jasper on April 11, 2017 at 6:45am. He was born on December 29, 1929 in Martin County to John H. and Anna M. (Ziegler) Meyer. He graduated from Shoals High School in 1947 and Purdue University with a BS in Agriculture. He was a self-employed farmer, and also was employed at the Farm Bureau Co-Op of Loogootee, NWSC Crane and Kimball Electronics. He was a member of St. John’s Lutheran Church in Loogootee and was a Veteran of the United States Air Force during the Korean War. He is survived by a daughter, Brenda Pennington of Shoals, a son, Larry Meyer of Jasper, a granddaughter Deidre Pennington of Loogootee and two great-grandsons, McColley Dobson and Sawyer Sternberg. He was preceded in death by his parents, one brother, Howard Meyer and four sisters, Arnetta Defibaugh, Helen Harding, Mary Mullin and Evelyn Peek. Funeral services will be held at 11:00am Saturday April 15, 2017 at St. John’s Lutheran Church in Loogootee with Pastor Tim Fleace officiating. Burial will be in the Goodwill Cemetery in Loogootee. Visitation will be Friday from 4-8pm at the Queen-Lee Chapel in Shoals and one hour prior to the service at the church. Memorial contributions may be made to the Martin County Humane Society.
To order memorial trees or send flowers to the family in memory of Martin Richard Meyer, please visit our flower store.