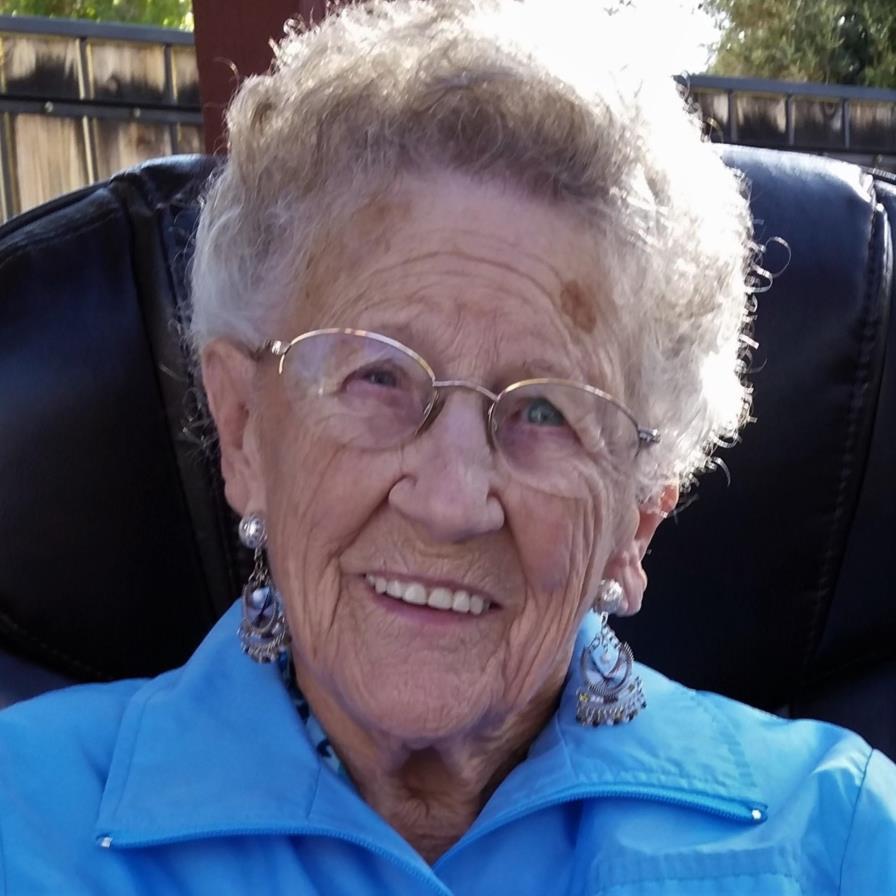 Marjorie Sue Warren (“Sue”), 91 formerly of rural Loogootee, Indiana died on Thursday, April 16, 2020 at Pennington Gardens Assisted Living Facility, Chandler, Arizona. Sue was born December 22, 1928 at Saint Ann’s Hospital in Chicago, Illinois to George Franklin and May (Poindexter) Franklin. She was raised in Chicago and married Richard Warren in Shoals, Indiana on January 1, 1950. They farmed in rural Loogootee, Indiana until December 1960 when the family moved to Casa Grande, Arizona and Richard began work as a farm equipment mechanic for Bingham Equipment Company. During their time in Casa Grande, Sue worked as a cashier for Basha’s Food Store. Due to a job transfer for Richard, the family moved to Yuma, Arizona in 1964. Sue worked as a cashier for Big City Mart and Central Market in Yuma for a time. Later, she was hired by Safeway Grocery as a cashier and eventually served as Customer Service Representative and Store Bookkeeper, retiring from Safeway in 1983 after nearly 20 years of service. They moved to Cottonwood, Arizona in 1983 and Richard retired from Bingham Equipment Company in 1985. They moved back to Richard’s birth home in rural Loogootee in 1985. After Richard’s death in 2003, Sue spent summers in Shoals, Indiana and winters in Gilbert, Arizona with her daughter, Marilyn and moved permanently to Mesa, Arizona in 2011. Sue loved to sing. She and her sister, Georgia Mae (“Sissy”), recorded an advertising jingle for Jewel Food Stores of Chicago shortly after high school. She was a member of Eastern Star and sang at her own wedding. During the 1950’s, she was a member of the choir at the First Christian Church in Shoals and often sang solos there. She loved bowling and baking. Many loaves of homemade bread were happily shared with neighbors and family over the years. Sue is survived by her four children, Clifford (Susan) of Loogootee; Marilyn (Kim) Yale of Gilbert, Arizona; Mary (Rick) Rice of Yuma, Arizona; and Dwight (Ruth) of Yuma, Arizona; 5 grandchildren; and 2 great grandchildren; brother and sister-in-law Carl (“Buzz”) and Jan Franklin of Branson, Missouri and sister-in-law Doris Healey of Greenwood, Indiana. She is preceded in death by her parents; her husband, Richard; and her sister, Georgia Mae. Private services will be held for the family with burial in the Spring Hill Cemetery in Shoals. Arrangements are entrusted to the Queen-Lee Chapel of the Thorne-George Family Funeral Homes in Shoals.
To order memorial trees or send flowers to the family in memory of Marjorie Sue Warren, please visit our flower store.