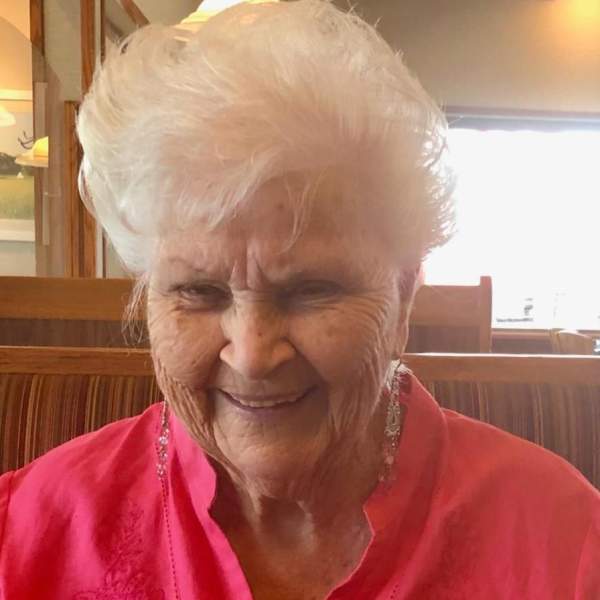 Marilyn Sue (McClintock) Jones, age 84, died at 11:30 pm on Friday, January 1st, 2021 while residing at Mitchell Manor nursing facility in Mitchell, Indiana. Born October 21, 1935, Marilyn was the daughter of Samuel Manson and Hazel Pearl McClintock of Orleans Indiana. Marilyn was preceded in death by her brothers and sisters: Beahulah McClintock Freed Bill (William) McClintock Violet McClintock Magner Carl McClintock Maggie (Margaret) McClintock Jeans Bonnie McClintock Busick Juanita McClintock Trinkle Gromer Madge McClintock Child She is survived by her brother Donald B. McClintock, sister in law, several nieces and nephews, great nieces and nephews, and grand children/great grandchildren. Marilyn married Marvin Keith Jones on September 27th, 1953. They had one child, Timothy Keith Jones (died in March of 2004) he married Sherre Borders of Loogootee Indiana. Sherre, her children and grandchildren survive her. Aaron Jones and wife Tina of Bedford Indiana, Alexis Jones Hall and Kevin Hall of Bend Oregon, and Brady Jones of New Albany. Her grandchildren are Gavan Jones, Maleigha Hall, Liam Hall, Kollier Hall, Makenna Hall, Hendrick Hall and Ezekiel Hall. Marilyn was very well known in her community. She was a business operator and owned her own flower shop, Marilyns Flowers. She was a part of the Psi Iota Xi sorority, was a beloved bus driver for Shoals Community Schools, was a member of Shoals United Methodist Church, and served as a substitute teacher in Shoals later in her life. Her family will be celebrating her life through a visitation on Monday, January 11, 2021 from 9:00-11:00 AM at Queen Lee Chapel in Shoals Indiana. A funeral service will follow at 11:00 AM. She will be buried beside her husband at the Spring Hill Cemetery. Marilyn will be dearly missed by all that knew her, but we are so thankful she is in Heaven with her Lord and Savior. The Queen-Lee Chapel of the Thorne-George Family Funeral Homes has been entrusted with the arrangements.
To order memorial trees or send flowers to the family in memory of Marilyn Sue Jones, please visit our flower store.