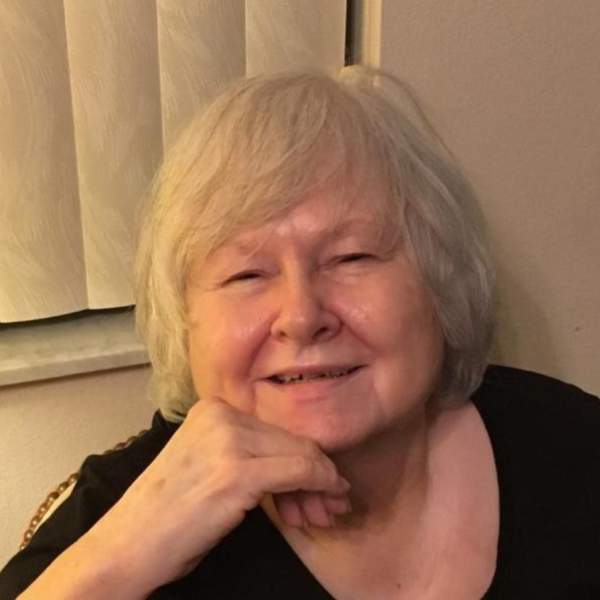 Linda Marcella (Hoyt) Smith age 72, of Huron, passed away November 25, 2021 at her residence. She was born September 18, 1949 in Indianapolis to Gustave and Phyllis (Fordyce) Hoyt. She married John D. Smith and he preceded her in death. She graduated Clearwater High School, Clearwater, Florida, attended Brigham Young University, retired from service with the U.S. Postal Service in Indianapolis, and Garden Villa in Bedford. She is survived by her brother Michael (Mary) Hoyt; godson and nephew, M.C. Hoyt; three nieces, Kelly Johnson, Angie Hoyt, and Shannon Hoyt; nephew, Ricky Hoyt; and two aunts, Nancy Hart and Janet Freels. Preceding her in death are her mother and father; and three brothers, Jim Hoyt, Rick Hoyt and Edward Hoyt. Funeral services are 1:00 PM Friday, December 3, 2021, at the Queen-Lee Chapel in Shoals, with Burial in the Port Williams Cemetery. Visitation will be 11:00 am Friday until the time of service. The Queen-Lee Chapel of the Thorne-George Family Funeral Homes has been entrusted with the arrangements.
To order memorial trees or send flowers to the family in memory of Linda Marcella Smith, please visit our flower store.