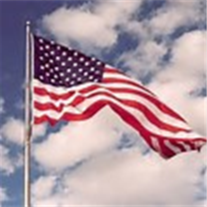 Lesley P. Cox age 86 of French Lick, passed away at Jasper Memorial Hospital on Thursday May 11, 2017 at 12:30pm. He was born July 22, 1930 in Petersburg to Lesley Thomas and Lora Beatrice (Mallory) Cox. He married Rosalie Woodward in October 1963 in Petersburg and she preceded him in death on May 20, 2004. He was a United States Marine Veteran of the Korean War. He retired from Crane NAD and was a member of the French Lick American Legion. He is survived by two sons; Paul Cox and Timothy (Nancy) Cox of Shoals, one daughter; Kaye Cox of Evansville, one sister; Marilyn Baker of Huntingburg, two grandchildren; Kayla Cox and Timothy Cox Jr and two step-grandchildren; Kimberly Erwin and Cody Erwin. He is preceded in death by his parents, wife and two brothers; Henry Cox and Larry Cox and one sister Mildred Zubko. Funeral services will be held at 1:00pm Monday May 15, 2017 at the Queen-Lee Chapel of the Thorne-George Family Funeral Homes in Shoals with Bro. John Moffatt officiating. Burial and Military Rights will follow in the Springhill Cemetery. Visitation will be on Monday from 11:00am until the time of the service. Contributions may be made to the family.
To order memorial trees or send flowers to the family in memory of Lesley Paul Cox, please visit our flower store.