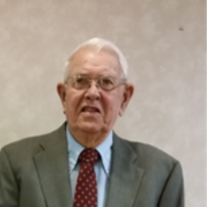 Lawrence A. “Son” Sorrells, 93, of Shoals, passed away on January 23, 2018 at 10:07pm at Jasper Memorial Hospital. He was born May 23, 1924 in Martin County to Lawrence and Maude (Sherfick) Sorrells. He married Inez Queen on November 27, 1946 and she survives. He graduated Shoals High School in 1944, was a member of the Eagles Lodge and St. Mary of the Immaculate Conception Church, in Shoals. Son and his wife “Inie” owned and operated Queen’s Clothing Store, and was a bus driver for the Shoals Community School Corp for 56 years. He loved watching IU Basketball and his grandchildren play sports. He is survived by one daughter, Kristy Wininger of Shoals; grandchildren, Shane Roush and wife Brenda of Shoals, Cody Roush and wife Michelle of Shoals and Ashley Roush of Shoals; great grandchildren, Kaley Roush, Ellie Roush and Collin Roush; two sisters, Emma Lou Line of Hillham, Allie Boyd of Shoals; a brother, Dale Sorrells of Spottsville, Kentucky; and several nieces, nephews and cousins. He is preceded in death by his parents, brothers; Charlie, Sid, Lyle and Wilson in infancy; and sisters Beverly Tow, Norma Collins and Nina Hagen. A Mass of Christian Burial will be held at 11:00am at St. Mary of the Immaculate Conception Church in Shoals on Friday January 26, 2018 with the Very Reverend Kenneth Walker officiating. Burial will be in the Spring Hill Cemetery. Visitation will be on Thursday from 5-8pm.
To order memorial trees or send flowers to the family in memory of Lawrence "Son" Sorrells, please visit our flower store.