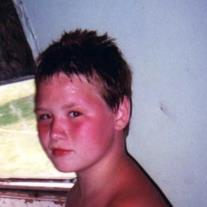 Kevin Dean Gibson Phillips, 17, of Shoals, Indiana passed away on June 5, 2015 at Patoka Lake in Orange County. He was born on July 8, 1997 in Washington Indiana to Calvin Gibson and Charlotte Phillips. Kevin is survived by: Father, Calvin (Sherry) Gibson of Shoals Mother, Charlotte Browder of Shoals Sisters, Inidia Arvin of Loogootee and Julie Lents of Shoals Five brothers: Donnie Lee Gibson of Loogootee; Adam Gibson of Shoals; Brandon Stone of Shoals; Nicholas Lett of Loogootee and Trevor Moffatt of Loogootee. Grandfather Larry Kelsey of Ohio; Grandmother Mary Kelsey of Whitfield and many aunts, uncles, and cousins. Preceded in death by grandparents Robert and Polly Gibson Holt. Visitation will be from 4-8:00 p.m. on Wednesday, June 10, 2015 and the service will be Thursday, June 11, 2015 at 11:00 a.m. at the Queen-Lee Funeral Home in Shoals. Burial will follow in Spring Hill Cemetery.
To order memorial trees or send flowers to the family in memory of Kevin Dean Gibson Phillips, please visit our flower store.