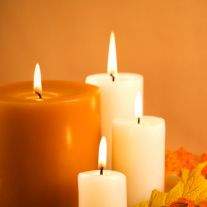 Jewel M. Pridemore age 89, of Loogootee, passed away Friday, December 20, 2019 at the Daviess Community Hospital. She was born September 26, 1930 in Shoals to Fred and Irene (Savage) Dickey. She married Paul Pridemore on December 31, 1948 in Martin County and he preceded her in death on August 5, 2007. She was employed by Sarkes Tarzian in Bloomington and also the Loogootee Shirt Factory. Surviving are her children, Mike Pridemore of Loogootee, Paula (Mike) Carmody of Colorado, Roger (Cindy) Pridemore of Greenwood; six grandchildren and fourteen great grandchildren. She is preceded in death by her parents, husband, one son, Brad Pridemore; three sisters, Vivian Jean Savage, Mary Jo Freuhwald and Gloria Lea Dumond; two brothers, John and David Dickey; two half sisters Shirley Allen and Dottie Bough and three half brothers, Buddy, Bobby and Eddie Dickey. A graveside service will be held 1:00 PM Monday at the Spring Hill Cemetery in Shoals. The Queen-Lee Chapel of the Thorne-George Family Funeral Homes is in charge of the arrangements.
To order memorial trees or send flowers to the family in memory of Jewel M Pridemore, please visit our flower store.