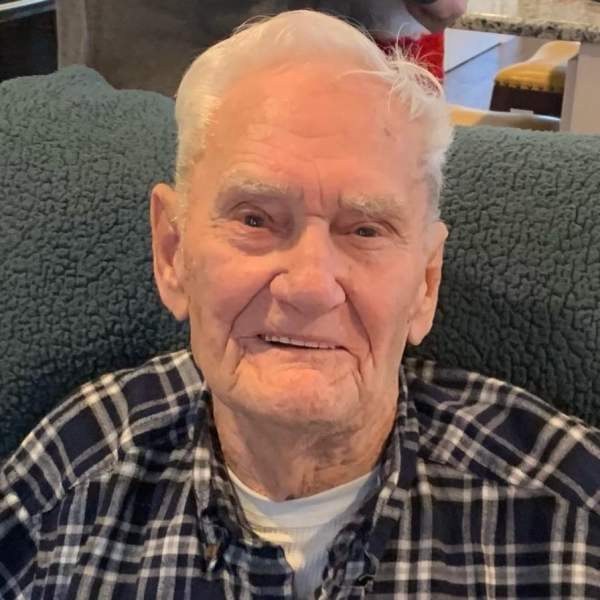 James “Jim” H. Cornett, age 103, of Loogootee, Indiana passed away at 11:20 a.m. on Friday, December 11, 2020 at the Loogootee Healthcare and Rehab, Loogootee, Indiana. He was born on March 29, 1917 in Brodhead, Kentucky, to the late James and Elizabeth Cornett. Jim married S. Marie Lane on November 20, 1936 and she preceded him in death in November 1998. He loved Fords, country music, playing his guitar, and spending time with family and friends. He was also known to aggravate his grandkids and enjoyed carpentry work. Jim was a long-time standing member of the Shoals Christian Church. He retired from National Gypsum on November 30, 1981. Survivors include his children, Marilyn Tow of Indianapolis; Richard (Margie) Cornett of Loogootee; Becky Truelove of Owensboro, Ky; Sally Burch of Shoals and Shari (James) Flippins of Santa Claus; daughter in law Pamela Cornett of Plainfield; 25 grandchildren; 39 great-grandchildren and 20 great great grandchildren with one arriving soon. His sisters Martha Jane (Eck) Gabberd of Eaton, OH and Donna Roby of Vero Beach Florida and a brother Frank Wilmot of Eaton, OH and many nieces and nephews also survive. Also preceding him in death was his stepfather Cleve Wilmot and his daughters Betty Lou Cornett in infancy and Shirley M. Harding; sons James L Cornett, Roger E Cornett and infant Randy Scott Cornett; Son in laws Wilson Tow and Larry Harding along with 3 sisters and 5 brothers. Honorary Pallbearers include his grandsons Kory Crowder, Todd Harding, Casey Cornett, Chan Cornett, Brandon Bauernfiend, Steve and Derek Tow. A funeral service will be held 5:00 PM Tuesday, December 15, 2020 at the Shoals Christian Church with Pastor Matt Sullivan officiating. Visitation will 2:00 PM until the time of services at the church. The funeral service will be available to view via Facebook Live on the Shoals Christian Church Facebook page. A memorial service will be held in Gratis, Ohio on Thursday prior to burial. Final resting place will in the Fairview Cemetery in Gratis, Ohio along beside his wife of 62 years and his two infant children. The Queen-Lee Chapel of the Thorne-George Family Funeral Homes has been entrusted with the arrangements.
To order memorial trees or send flowers to the family in memory of James H. "Jim" Cornett, please visit our flower store.