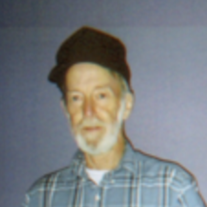 Henry K. Sanders age 83, of Shoals, passed away at 12:35am Sunday May 21, 2017 at the Jasper Memorial Hospital. He was born January 30, 1934 to Ramzy and Ruth (Taylor) Sanders. He retired from R.C.A. Corporation in Marion, Indiana, was a member of Trinity Springs Baptist Church and was a United States Navy Veteran of the Korean War. He is survived by one niece; Michele Hunt of Loogootee, two nephews; Lowell Sanders Jr. of Loogootee and Ray Sanders of Crawfordsville, great nieces; Caitlin Sanders and Karissa Hunt and great nephews; Cody Sanders, Tyson Sanders, Michael Sanders and Jesse Sanders. He is preceded in death by his parents, brothers; Marvin Sanders, Dale Sanders, Ray Sanders, Roy Sanders, Lowell Sanders and Gordon Sanders and a sister in childhood. Funeral services will be held at 1:00pm Friday at the Queen-Lee Chapel of the Thorne-George Family Funeral Homes with Rev Dustin Staggs officiating. Burial will be in the Mt. Union Cemetery with Military Graveside Rites from the Shoals American Legion. Visitation will be from 11:00am to 1:00pm Friday at the Funeral Home.
To order memorial trees or send flowers to the family in memory of Henry K Sanders, please visit our flower store.