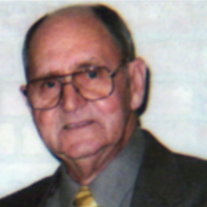 Gerald Lee Wilcoxen Sr age 82 of Shoals, passed away at the Loogootee Health and Rehabilitation Center on March 23, 2017 at 10:09am. He was born on August 15, 1934 in Dover Hill to Frank and Clara (Sheetz) Wilcoxen. He married Ruby Parsons on January 7, 1952 in Shoals. He worked over 30 years as a construction foreman for Stone City Construction in Bedford, Reynolds Construction in Paoli and Sargent Construction in Bedford. Mr. Wilcoxen served as precinct committeeman for 12 years, Center Township advisory board member for 14 years and 2 years as a Mental Health Advisory Board Member for Good Samaritan in Vincennes. He was a member of St. Mary’s Catholic Church in Shoals and Local 841 AFLCIO Hod Carriers of Terre Haute. He is survived by his wife, two daughters, Clara Evelyn Hellums of Loogootee and Barbara J. Sanders of Shoals, a son Gerald Lee Wilcoxen Jr of Springfield Missouri, a sister Mable Akels of Shoals and a brother Leland Wilcoxen of Shoals. He also survived by six grandchildren and twelve great grandchildren. He is preceded in death by an infant daughter Deborah Kaye Wilcoxen in 1957, his parents and sisters Bonnie Davis, Ruth Hunt, Wilma Davis, Virginia Broward, Bernice Morris and Ann Vaught. Funeral services will be held at 11:00am Monday March 27, at St. Mary’s Catholic Church in Shoals with burial in the Mt. Union Cemetery. Father Kenneth Walker will be officiating. Visitation will be on Sunday from 2:00pm until 6:00pm at the Queen Lee Chapel in Shoals.
To order memorial trees or send flowers to the family in memory of Gerald Lee Wilcoxen, please visit our flower store.