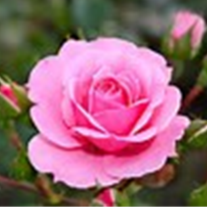 Evelyn Andrea Hewitt age 80, of Shoals, passed away at 4:10am, February 12, 2018 at the Westview Nursing and Rehabilitation Center in Bedford. She was born on September 28, 1937 on Scipio, Indiana to Everett And Eliza (Abbett) Dorsey. She married Paul Dean Hewitt on August 22, 1953 in Orleans, he survives. She was a homemaker an attended and supported the Shoals United Methodist Church. Survivors include her husband; one daughter Sonja Davis and husband Shannon of Bloomington; three sons, Paul Eugene Hewitt and wife Sandee of Vevay, Indiana, Brian Hewitt and wife Teresa of Terre Haute and Clark Hewitt and wife Kathy of Saudi Arabia; two sisters, Carlyn Williams of Dade City, Florida, Deborah Chattin of Virginia Beach, Virginia; two brothers Robert Dorsey of Knoxville, Tennessee and Francis Dorsey of Loogootee. Twelve grandchildren and six great-grandchildren also survive. She is preceded in death her parents; and one brother, Carl Patterson. Funeral services will be held at 1:00pm Saturday at the Queen-Lee Chapel in Shoals with Rev. Leonard Cole officiating. Burial will be in the Spring Hill Cemetery. Visitation will be from 4-8 Friday at the Funeral home and on Saturday from 8:00am until the time of service. Memorial Contributions may be made to the Kosair Children’s Hospital in Louisville, Kentucky.
To order memorial trees or send flowers to the family in memory of Evelyn A Hewitt, please visit our flower store.