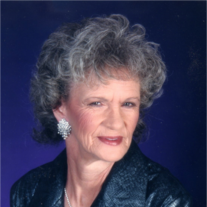 Etta Marie Bates, 78, of Mitchell, formerly of Shoals, passed away on Friday, March 25, 2016 at the IU Health Bedford. Born on September 15, 1937 in Shoals, Indiana she was the daughter of the late James V. and Irene (Gammon) Mattox. Etta had worked as a home health aide and attended Fairview Church. She is survived by daughter, Sharon Ruth Terry of Mitchell; sons, Samuel Tuell of Williams; Charles Tuell of Mitchell; Kenneth Tuell of Seymour; Marvin Tuell of Shepherdsville, Kentucky; Paul Eric Tuell of Orleans; numerous grandchildren and great-grandchildren; brothers, George Mattox of Orleans, James Mattox of Kentucky; sisters, Mary Graves of Mitchell; Susie Roach of Paoli; Virginia Chapland of West Baden; and Roma Troxel of Albany, Kentucky. She is preceded in death by her parents and sister Frieda Troxel. Visitation will be from 11:00 a.m. until the hour of service at 1:00 p.m. on Monday, March 28, 2016 at the Queen-Lee Funeral Home in Shoals. Burial will follow in the Pleasant Valley Cemetery. Condolences may be made to the family at www.queenlee.com
To order memorial trees or send flowers to the family in memory of Etta Marie Bates, please visit our flower store.