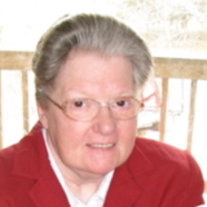 Esther L. Dennis age 68, of Shoals, passed away at her residence at 10:43pm, Saturday May 20, 2017. She was born on January 30, 1949 in Shoals, Indiana to Robert Dale and Wilma Louise (Montgomery) Albright. She married Verlin G. Dennis and he preceded her in death on February 25, 2010. She was a graduate of Shoals High School and attended Hobe Sound Bible College, Hobe Sound, Florida. She was a music teacher, a music publisher and previously worked at All Tribes Indian Mission in Bernalillo, New Mexico; Society of Indian Missions in Pine Ridge, South Dokata; Old Paths Tract Society and Country Pines in Shoals, Indiana. She attended Weisbach Community Church. She is survived by two sisters; Eloise Haycox and Vicki (Terry) Tichenor, and three brothers; Melvin (Markeeta) Albright, Wesley (Vonda) Albright and Warren (Kimberly) Albright all of Shoals, step children, Tammy Kronk of Mokane, Missouri; Rachel Waggoner and David Dennis of New Bloomfield, Missouri and Debbie Dennis of Shakopee, Minnesota. Funeral services will be at 11:00am Thursday at the Queen-Lee Chapel of the Thorne-George Family Funeral Homes with Pastor John Zeigler officiating. Burial will be in the Springhill Cemetery. Visitation will be from 4-8pm Wednesday and on Thursday until time of the service.
To order memorial trees or send flowers to the family in memory of Esther L Dennis, please visit our flower store.