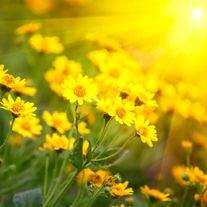 Elsie Mae (McKibben) Jackson age 92, formally of Shoals, passed away at 7:40a.m. on June 27, 2018 at the Franciscan Health Center in Indianapolis. She was born May 28, 1926 in Shoals, to James C. and Sara (Springer) McKibben. She was raised by her step-mother, Violet Patterson. She attended Martin County Schools and The Beauty College of Indianapolis, was a supervisor for Link Belt in Indianapolis and was employed by Crane Naval Depot and RCA. She attended the United Brethren and Methodist Church. Surviving relatives are, a son, Cosmas A. (Dianna) Raimondi of Indianapolis, grandchildren, Laura (Scott) Baker of Greenfield, Teresa (Brent) Lawson of Greenfield, Jessie Raimondi of Indianapolis, Doran Santacroce of Dublin, Ohio, Anna Mundy of Terre Haute, Lisa (Walter) Brown of Indianapolis and Charles R. (Kathy) Kidwell of Mitchell. Thirteen great-grandchildren, three great-grandchildren and several nieces and nephews also survive. She is preceded in death by her parents, step mother, two sons, Gerald R. Kidwell and James F. Raimondi; brothers George McKibben, Charles McKibben; half-brother Gary Peach and two grandsons Frank Raimondi and Roger Kidwell. Funeral services will be 2:00pm Saturday July 7, 2018 at the Queen-Lee Chapel in Shoals with burial in the Pleasant Valley Cemetery. Visitation will be 12:00 to 2:00 on Saturday at the funeral home. The Queen-Lee Chapel of the Thorne-George Family Funeral Homes is in charge of the arrangements.
To order memorial trees or send flowers to the family in memory of Elsie M. Jackson, please visit our flower store.