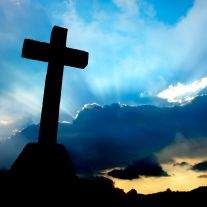 Edna G. Yarnell, 103, of Dover Hill, went to her heavenly home on July 15, 2015 at 1:20 p.m. at the Loogootee Nursing Center. Born on June 1, 1912 in Daviess County, Indiana she was the daughter of the late Isaac and Mary (Williams) Gardiner. Edna married Denzel K. Yarnell in April of 1935 and he preceded her in death in 1952. She attended Loogootee Schools and in her younger years was employed at the Reliance Factory in Loogootee. Edna was a homemaker and avid quilter. She was a member of the Dover Hill Church of Christ in Christian Union. She is survived by 1 daughter, Norma, and her husband, Carl Willyard of Shoals 1 grandson, Kyle, and his wife Laura, Willyard of Bloomfield Numerous nieces and nephews. She is preceded in death by her parents, husband, sisters Ida Brown and Lula Harris, brothers, Warren Gardiner, Richard Alonza Gardiner, Wilber Gardiner, Floyd Stanley and Sherman Stanley. Visitation will be from 11:00 a.m. until the hour of service at 1:00 p.m. on Monday, July 20, 2015 at the Queen-Lee Funeral Home in Shoals. Burial will be in Mount Union Cemetery. Condolences may be made on-line at www.queenlee.com
To order memorial trees or send flowers to the family in memory of Edna G Yarnell, please visit our flower store.