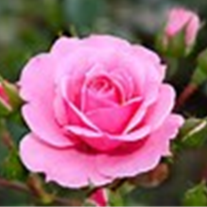 Doris L. Garringer age 96, of Shoals, passed away at the Loogootee Health and Rehab Center on April 7, 2018, at 7:19 am. She was born on April 10, 1921 in Terre Haute to Alonzo and Ella (Earl) Denny. She married Don Garringer in 1953 and he preceded her in death February 22, 1993. She attended the Shoals Nazarene Church where she taught Sunday School and presented flannelgraph Bible stories to children in several churches. She is survived by one son, Leon Watts of Clearwater, Florida; five grandchildren, Anthony Johnson, Arthur Johnson, Matthew Johnson, Stacy Johnson and Lisa Johnson, step-sister, Jean Holtsclaw and one special friend, Louise Lindley of Shoals. Several great-grandchildren and nieces and nephews also survive. She was preceded in death by her parents, husband, a daughter, Elizabeth Johnson; sisters, Pauline Sanders and Mamie Tow; brothers, Wilford Denny, Alonzo Denny, Leon Denny, Bert Denny, Jesse Denny; stepsisters, Dorthy Tuszynski and Alma Holtzclaw; and step-brother Harold Hopkins. Funeral services will be held at 1:30pm, Wednesday, April 11, 2018 at the Queen-Lee Chapel in Shoals with Rev. Jerry Sanders officiating. Burial will be in the Spring Hill Cemetery. Visitation will be from 11:00am until the time of the service on Wednesday. The Queen-Lee Chapel of the Thorne-George Family Funeral Homes is in charge of the arrangements.
To order memorial trees or send flowers to the family in memory of Doris L Garringer, please visit our flower store.