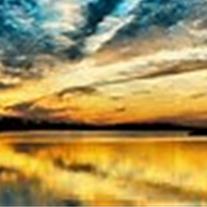 Donald L. Willyard age 83, of Loogootee, passed away at 2:15am on May 16, 2017 at the Loogootee Health and Rehab Center. He was born on March 4, 1934 in French Lick to Luther and Alberta (Groff) Willyard. He married Ruth Ann Sanders on November 12, 1977. He graduated West Baden High School Class of 1953, he retired from US Gypsum in April 1999 after 43 of service and was a member of the Loogootee Christian Church. He is survived by his wife, son; George and Darlene Payne of Loogootee, daughter-in-law; Lois Payne of Shoals, son in-law; Rick Stevens of French Lick, two brothers; Carl Willyard of Dover Hill and Richard Willyard of Floyd Knobbs. Also surviving are seven grandchildren, ten great-grandchildren and several nieces and nephews. He is preceded in death by his parents, a daughter; Donna Carol Stevens, a son; Charles Payne, a sister; Jeanette Bobbit, and great-grandson; Rolen Wilson. Funeral services will be held at 1:00pm Friday at the Loogootee Christian Church with Pastor Ed Frost officiating. Burial will be in the Springhill Cemetery in Shoals. Visitation will be from 11:00am until time of service at the church.
To order memorial trees or send flowers to the family in memory of Donald L Willyard, please visit our flower store.