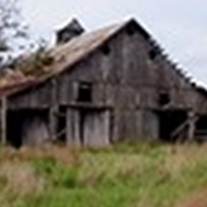 Donald Lewis French, 76 of Shoals, passed away at 9:30am on March 26, 2018 peacefully at the home of his daughter. He was surrounded by family and his dog Gracie. He was born on May 21, 1941 to Lewis Edward and Edna Ruth (Catt) French in Martin County. He married Mildred Goodrid-French Rice and they had three children, Mary Katie Davis and husband Randall, Rosemarie Murray and husband Larry of Wheatland and the late David French. He is also survived by his wife Janet Sue French, three sisters Diane French-Jones and husband Donald, Brenda French Rodgers and husband Paul, and Mary French Holt; nine grandchildren, multiple step-grandchildren, twelve great-grand children and multiple step great grandchildren. Preceding him in death are his parents, his son David, and two infant children. He graduated from Shoals High School in 1960, spent his time in the woods as a logger and following his retirement enjoyed working in his garden and being with his animals. Funeral services will be 2:00pm Saturday at the Queen-Lee Chapel in Shoals with Richard Tallman and Mike French officiating. Burial will be in the Pleasant Valley Cemetery. Visitation will be Saturday from 11:00am until the time of service. The Queen-Lee Chapel of the Thorne-George Family Funeral Homes is in charge of the arrangements.
To order memorial trees or send flowers to the family in memory of Donald Lewis French, please visit our flower store.