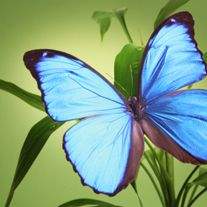 Delorma R. Atkison age 90, formally of Shoals, passed away on July 22, 2019 in Henderson, Kentucky. She was born April 8, 1929 in Shoals, to George W. and Margaret (Freeman) Wade. She married Everett “Junior” Atkison on October 12, 1949 at the Shoals Church of Christ. He preceded her in death on April 18, 2017. She was a graduate of Shoals High School, was a Teachers Aide in the Shoals Community School System and was employed in the accounting department at the U.S. Gypsum. She attended the Shoals Church of Christ and the Washington Church of Christ. Surviving are three sons, Greg (Brenda) Atkison of Henderson, Kentucky, Roger Atkison of Franklin and Warren Atkison of Shoals; five grandchildren, Adam and Kristi, Andy and Karen, John and Tiffany, Ryan, and Taylor; eight great grandchildren; two sisters, Joan Hyslop of Kissimmee, Florida and Mary Mae Sherfick of Shoals; and one brother, John Wade of Charlotte, North Carolina. She is preceded in death by her parents, husband and four brothers, Francis, Virgil, Wayne and George Wade. Funeral services are 12:00 PM Saturday, July 27, 2019 at the Queen-Lee Chapel in Shoals with Stan Day officiating. Burial will be in the Spring Hill Cemetery. Visitation will be 3-7 PM Friday and one hour prior to the service at the funeral home. The Queen-Lee Chapel of the Thorne-George Family Funeral Home is in charge of the arrangements.
To order memorial trees or send flowers to the family in memory of Delorma R. Atkison, please visit our flower store.