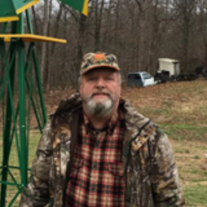 David Mitchell age 72, of Shoals, passed away at 9:53 PM on July 11, 2018 at his residence. He was born March 27, 1946 in Bedford to Robert and Ruth (Puckett) Mitchell. He married Agnes Hovis on March 8, 1968 in St. Johns Catholic Church in Loogootee and she preceded him in death on December 15, 2001. He was a member of Shoals United Methodist Church, the Sons of the American Legion and retired from the U.S. Gypsum Corporation in 2009. He was an avid hunter, fisherman and was a knife collector. Survivors are, one daughter, Vicki (David) Mitchell Klyczek of Greencastle; two grand-daughters, Miranda Mitchell of Shoals, Savannah Klyczek of Jamestown; two sisters, Phyllis (Donald) Witt of Shoals, Elizabeth Kay (Pete) Gibelyou of Springville; several nieces, nephews and cousins also survive. He is preceded in death by his parents, wife and a brother, Phillip Mitchell. Services will be held at 3:00 PM Saturday at the Queen-Lee Chapel in Shoals with Pastor Marty Evans officiating. A private graveside service will be held at a later date in the St. John Cemetery in Loogootee. Visitation will be 11:00 AM until the time of service on Saturday. The Queen-Lee Chapel of the Thorne-George Family Funeral Homes is in charge of the arrangements.
To order memorial trees or send flowers to the family in memory of David Mitchell, please visit our flower store.