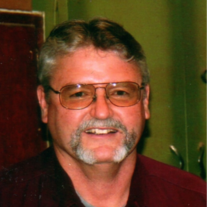 Charlie Bill Keller, 63, of Shoals, passed away at his residence in Shoals on Wednesday. Born on December 30, 1952 in Daviess County, Indiana he was the son of the late William H and Fern E. (Davis) Keller. Charlie graduated from Shoals High School Class of 1970 and furthered his education by receiving a BS degree from Purdue University. In his youth, he was an Eagle Scout. Charlie had a long career with the State of Indiana Department of Natural Resources beginning in 1974. He was assistant property manager at Starve Hollow Lake, property manager of Pike State Forrest. He also served as State Fire Coordinator at the headquarters at Morgan-Monroe State Forest. Charlie Bill was a member of the Sons of American Legion and was a diehard golfer. He is survived by 2 sons, Trevor and Lynn Keller of Mariah Hill; Ryan Keller of Winslow; 4 grandchildren, Miranda, Grace, Annie and Logyn; 3 brothers, Warren Dale and Donna Keller of Washington; Kenneth Keller of Bloomington; and Spencer L. Keller of Shoals. Visitation will be from 4-8:00 p.m. Monday, April 25, 2016 at the Queen-Lee Funeral Home in Shoals, with a funeral service at the funeral home on Tuesday, April 26, 2016 at 11:00 a.m. Preferred memorials to the North Spencer Community Action Center PO Box 79 Dale, Indiana 47523 or the Martin County Community Foundation. Envelopes will be available at the funeral home. Condolences may be made on-line to the family at www.queenlee.com
To order memorial trees or send flowers to the family in memory of Charlie Bill Keller, please visit our flower store.