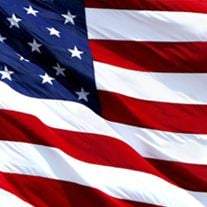 Charles William Wilson, 78, of Loogootee, formerly of Shoals, passed away at St. Vincent’s Hospital in Indianapolis on Thursday, August 6, 2015. Born in Crane, Indiana on June 6, 1937, he was the son of Charles Opal and Ruth Esther (Allen) Wilson. He retired from Crane NAD in 1973, and was a member for the Fraternal Order of Eagles #2442 and V.F.W. Post #8589. He proudly served in the United States Navy during the Korean War. Survivors include companion, Karen Goff of Loogootee Son, Scott Wilson of Loogootee Two daughters Debbie Wilson of Shoals and Lisa Doane of Ohio One sister, Vivian Beard of Loogootee One brother, Rex Wilson of Loogootee Four grandchildren Several nieces and nephews Preceded in death by parents, one son William Edward Wilson, sister Donna Sue Brassine and brother James Louis Wilson. Graveside rites will be on Monday, August 10, 2015 at 11:00 a.m. at Spring Hill Cemetery. American Legion Post #61 will accord military graveside rites. Condolences may be made to the family at www.queenlee.
To order memorial trees or send flowers to the family in memory of Charles William Wilson, please visit our flower store.