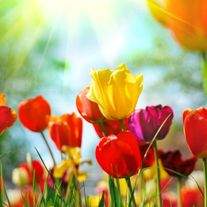 Betty J. Lindley, age 85 years, a long time resident of Shoals, passed Monday morning at the Bliss House in Bedford, where she currently resides. Mrs. Lindley was born in Seville, Ohio, on June 6, 1933 to Frank and Lula (Ensinger) Haldiman. It was in Seville that Betty graduated from Seville High School and married her husband, Carl Vernon Lindley on March 3, 1953. Carl preceded Betty in death in 2001. While living in Shoals, Betty was a member of the Shoals United Methodist Church, attending the church for over 50 years. Mrs. Lindley also belonged to the Order of the Eastern Star and the Shoals American Legion Auxillery. She was the former owner of the Busy Bee Café. In latter years she was employed at Crane NAD, retiring in 1974. She also volunteered as a Pink Lady at the Daviess Community Hospital and the American Cancer Society. She is survived by two daughters; Marcy and husband, Tracy, Pride of Washington, IN; and Judy and husband, Jon, Heichelbech of Bedford. Also two grandchildren; Jamie and her husband, Scott, Nikirk of Bedford and Adam and wife, Jill, Heichelbech of Bloomington. There are four great grandchildren; Kaden, Allison, Elijah, and Hudson Nikirk all of Bedford. One sister survives, Phyllis and husband, Roy, Ramsier of Rittman, Ohio. Mrs. Lindley is preceded in death by her parents; husband; and siblings Sylvia Bauer, Tressa Rufener, Nina Rufener, Marie Gasser, and Bill and Fred Haldiman. Betty’s family has planned a Memorial Service to be held Sunday, June 9, at 4:00 PM, to be at the Queen-Lee Chapel of the Thorne- George Family Funeral Homes. The family will receive friends beginning at 1:00 PM, Sunday at the funeral home. Memorial donations are encouraged to the Martin County Humane Society, 507 N. Oak Street, Loogootee 47553, or the White River Humane Society, 3511 Pumphouse Road, Bedford, In 47421.
To order memorial trees or send flowers to the family in memory of Betty J. Lindley, please visit our flower store.