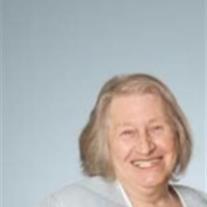 Betty Lou Harding, 85, of Carson, California formerly of Shoals, passed away unexpectedly at her residence on March 7, 2015. Betty had been diagnosed with Alzheimer's since 2007. Born on September 9, 1929 in Shoals, Indiana, she was the daughter of the late Cecil and Minnie (Trimble) Holt. She married James E. "Gene" Harding on April 9, 1950 in Louisville, Kentucky and he preceded her in death on October 7, 1998. Betty attended Shoals School and the Marinello School of Beauty in California. She worked as a cosmetician for many years. In addition, she also sold Avon, worked with the PTA and volunteered as playground supervisor in the early 1960's. While residing in Shoals, she was active for many years in the Fraternal Order of Eagles Auxiliary Aeries #2442 and while living in California, she was a member of the Torrance Loyal Order of the Moose Lodge #785. She is survived by two sons, one daughter and one grandson; Jerry and wife Karyn Harding of Prescott Valley, Arizona; grandson Lee Harding of Long Beach, California; Gary Harding of Los Angeles, California; Linda Harding, Carson, California; brother Jackie Holt of Shoals, sister Suzy Hopkins of Shoals, along with several nieces, nephews and cousins. Preceded in death by her parents, husband, brothers, Robert and Larry Holt and sister Patty Hert. The funeral will be held on Saturday, March 21, 2015 at 1:00 pm at the Queen-Lee Funeral Home in Shoals, with visitation held the evening prior, Friday, March 20, 2015 from 4:00 pm - 7:30 pm at Queen-Lee Funeral Home. Burial will be made in Spring Hill Cemetery.
To order memorial trees or send flowers to the family in memory of Betty Lou Harding, please visit our flower store.