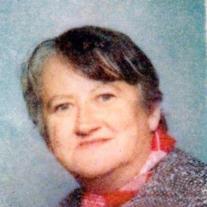 Barbara F. Patton, 64, of Shoals, Indiana passed away at 12:12 p.m. on Friday, January 16, 2015 at University of Louisville, Hospital. Born on April 7, 1950 in Crawford County, Indiana, she was the daughter of Harold and Cornealia (Kemp) Patton. Barbara is survived by her long-time companion, Bobby Holt of Shoals. She attended Shoals Baptist Church and currently attended The River Church in Shoals. She was previously employed by Carefree in Paoli. Barbara loved to read the Bible and do word searches. She will be missed by her friends in Shoals and her little Chihuahua dog. Barbara is preceded in death by her parents and a brother in infancy. Visitation will be from 11:00 a.m. on Wednesday, January 21, 2014 until the hour of service at 1:00 p.m. at the Queen-Lee Funeral Home in Shoals. Burial will follow in Spring Hill Cemetery. Pastor Ed Farhar will officiate the service. Condolences may be made on-line to www.queenlee.com
To order memorial trees or send flowers to the family in memory of Barbara F Patton, please visit our flower store.