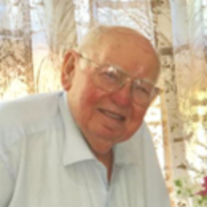 B. Franklin Davis age 91, of Shoals, passed away at his residence on April 7, 2019. He was born February 23, 1928 in Martin County to Belter and Elizabeth (Emmons) Davis. He married Hazel Gaddis on August 27, 1950 at the Shoals Christian Church and she preceded him in death. Franklin graduated in 1947 from Shoals High School. He was employed by Sherfick’s Grocery, Wheeler-Foutch Distributors in Bedford, Colonial Bakery in Washington, was manager of the Shoals Jay-C Food Store, manager of Home Outfitters in Loogootee, Heileg- Meyers in Loogootee and Bedford and Englerts in Loogootee. He was an Elder of the Shoals Christian Church over fifty years, fifty year member of the Masonic Lodge F&AM #332 and Order of the Eastern Star, Past President of the Shoals Lions Club, past leader of the Shoals Boy Scout Troop and a Veteran of the United States Army, serving in the Korean War. Survivors include a son, Spencer Allan Davis of Shoals and one daughter, Marsha Lynn Davis Rothrock of Bloomington. He is preceded in death by his parents and a sister, Gladys Davis. A Celebration of Life will be held at 2:00 PM Saturday, April 13, 2019 at the Shoals Christian Church with Pastor Matthew Sullivan officiating. Burial will be in the Spring Hill Cemetery. Visitation will be 4-8 PM Friday at the Queen-Lee Chapel in Shoals and one hour prior to the service at the church. The Queen-Lee Chapel of the Thorne-George Family Funeral Home is entrusted with the arrangements.
To order memorial trees or send flowers to the family in memory of B. Franklin Davis, please visit our flower store.