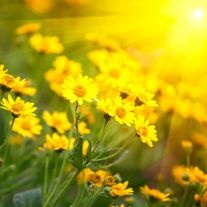 Audrey June Jones age 93, of Shoals, passed away June 25, 2021, at her residence in Shoals. She was born December 13, 1927, in Martin County, Indiana the daughter of Charles Levi and Nellie (Hardesty) Hopkins. She married Jacob Jones in 1946, in Vincennes and he preceded her in death in 2004. Audrey was a graduate of Shoals High School, worked at Crane during WWII then again during the Vietnam War helping with the war effort. She was also a homemaker. Survivors include three daughters, Mary Jones McBride of Dubois, Sharon Rose (Greg) Hawkins of French Lick and Thelma Silvers of Orleans; four sons, Charles E. (Shirley) of Dubois, Jacob E. (Carol) Jones of Dubois, Joseph W. (Aloaha) Jones of Shoals and Kenneth R. (Tracy) of Shoals; twenty-three grandchildren, numerous great grandchildren and many nieces, nephews and cousins; and one sister, Darlene Roach of Plainville. She is preceded in death by her parents, husband, grandson Roger McBride; great grandson, Johnny Jones; and son-in-law, L.B. Silvers. Funeral services will be held 1:00 PM Monday at the Queen-Lee Chapel in Shoals with Pastor Harley Archer officiating. Burial will be in the Spring Hill Cemetery. Visitation will be 11:00 a.m. Monday until the time of Service. The Queen-Lee Chapel of the Thorne-George Family Funeral Homes has been entrusted with the arrangements.
To order memorial trees or send flowers to the family in memory of Audrey June Jones, please visit our flower store.