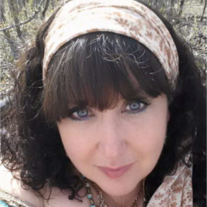 Alaphair Harner Moffatt age 46, of Jasper, passed away on March 11, 2018 at 6:35 a.m. at the Memorial Hospital and Healthcare Center in Jasper. She was born on May 26, 1971 in Washington, Indiana to Kelly Harner and Janet (Barger) Harner. She married Ray Moffatt on October 17, 2015 in Loogootee. She graduated High School in Neurenburg Germany, obtained her B.S. Degree from Vincennes University and attended Dover Hill Christian Union. She is survived by her husband, Ray Moffatt; mother, Janet Harner; six children, Joel Duden, James Duden, Joshua Duden, Ashlyn Burns, David Martinez and Justin Moffatt; two sisters, Katherine Pennington and husband Scott of Shoals and Kellie Harner of San Antonio, Texas. She is preceded in death by her father and daughter Krystal Duden. Visitation will be held Thursday March 15, 2018 from 4-8 pm at the Queen-Lee Chapel in Shoals. A memorial service will be held at a later date. Memorial Contributions may be made in lieu of flowers to the family to establish a trust fund for her surviving children. The Queen-Lee Chapel of the Thorne-George Family Funeral Homes is in charge of the arrangements.
To order memorial trees or send flowers to the family in memory of Alaphair Harner Moffatt, please visit our flower store.